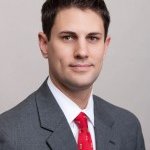 Shannon has first-chaired more than 100 jury trials. He is a former prosecutor for the Delaware County Office of the District Attorney, where he investigated and prosecuted white collar crimes, and other felonies.

He earned his Juris Doctor from Widener University School of Law and his Bachelor of the Arts from Wittenberg University.

Omni-Channel Collections is here! Are you ready?

How Data Analytics is Redefining Collections

The State of Third Party Collections: Challenges, Trends, and Innovations