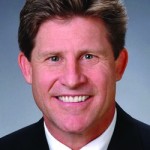 We have recently observed a dramatic uptick in California consumer class actions alleging that businesses have illegally recorded telephone conversations between consumers and customer service, telemarketing and/or collections representatives. Many of these new actions are based on a lesser-known provision of the California Penal Code, involving calls made to or from consumers using cellular telephones. Several of the first cases addressing these claims have held that the traditional requirement that the plaintiff have a reasonable expectation that the conversation will be kept private between the parties does not apply to cell phone calls that are recorded without disclosure.

Many California businesses – and their attorneys – are familiar with the state’s Penal Code Section 632(a) that prohibits the surreptitious recording of “confidential communications” by any party to a telephone call, as well as by any third parties. California is one of 12 “two-party consent” states requiring that both parties to a telephone conversation must agree before either party may record the conversation. Section 637.2 provides statutory civil penalties up to $5,000 for violations of California’s “secret recording” statutes, and the Unfair Competition Law, Business & Professions Code Section 17200, allows private plaintiffs to bring class actions on behalf of all similarly situated persons based on any violation of a law or regulation.

Recent cases, including Faulkner v. ADT Sec. Servs., Inc., a 2011 decision from a district court in the Northern District of California, have indicated that consumers generally have no “reasonable expectation of privacy” in routine telephone conversations with customer representatives. In Faulkner, the lower court held that the plaintiff’s allegations regarding his call about a billing dispute with a home security company offered “no objectively reasonable expectation that his telephone conversation with ADT would not be overheard or recorded . . .” The trial court ruled that the plaintiff had “not alleged what circumstances would support an expectation of privacy in such a call.”

In its opinion affirming the lower court’s decision, the Ninth Circuit suggested that a conversation between a consumer and a home security company could be confidential where, for example, the consumer is asked to confirm her identity by providing her Social Security number, unlisted phone number or other private information. Other circumstances that could conceivably create such an expectation could include discussions about the consumer’s medical history or condition or where the consumer is asked to provide confidential bank account or credit card information. The Ninth Circuit did not address whether the plaintiff’s admission that he heard periodic “beeping” sounds during the call negated as a matter of law his reasonable expectation of privacy, apparently viewing the question of whether the “beeps” were sufficient to eliminate the plaintiff’s reasonable expectation of privacy as a factual issue that could not be resolved at the pleadings stage.

Another open question in California is whether provisions in a customer agreement that advise consumers that their telephone conversations may be recorded are sufficient to eliminate any reasonable expectation of privacy on subsequent calls. A court in the Southern District of California held that a plaintiff has no expectation of confidentiality in conversations with representatives of her credit card company after she agreed to be bound by a cardmember agreement that included written notice that calls might be recorded. In White v. FIA Card Services, the court dismissed the putative class action against the defendant credit card company, finding that the company’s customer agreement disclosed to the plaintiff the possibility that her telephone calls would be recorded such that she could no longer have a reasonable expectation of privacy in her telephone communications with the company. The court also concluded that, through the agreement, the plaintiff had consented to having the calls recorded. In contrast, in Nader v. Capital One USA, NA, the district court in the Central District of California denied summary judgment to the defendant credit card company, finding that despite the consumer receiving written notice in (and apparently assenting to) the company’s customer agreement, which stated that the company “may monitor or record any calls we make or receive,” a reasonable jury could still find that the consumer had a reasonable expectation of privacy on subsequent calls.

As a result, over the past few months, plaintiffs’ firms have filed new class actions in California courts on an almost daily basis, alleging that while using a cellular telephone, putative class representatives either telephoned a business’s customer service line or were contacted by company representatives and the business illegally recorded the calls without notifying the consumers or obtaining their consent. This new litigation trend means that businesses that operate in California or deal with California consumers and record or surveil inbound or outbound consumer calls should take additional steps to ensure that the consumers’ consent is obtained and documented.

For more information about the content of this alert, please contact Michael Mallow, Christine M. Reilly or Michael Thurman.

Michael A. Thurman is a partner in Loeb’s Los Angeles office and co-head of the firm’s Consumer Financial Protection Bureau Task Force.

Looking for additional resources regarding the TCPA? Look no further than our To the Point reports: