This post originally appeared on the Consumer Financial Services Blog, and is republished here with permission. 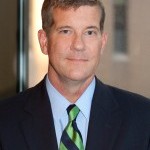 Since 2007, Rhode Island has had its own Fair Debt Collection Practices Act (RIFDCPA) that is, for the most part, identical to its federal counterpart.  The EDA, however, introduces new definitions and restrictions related to debt collection.

The EDA defines a “collector” as “a person collecting or attempting to collect an alleged debt arising out of a consumer transaction.”  The definition is not restricted by any exclusions other than the definition of a “consumer transaction,” which is “any transaction involving a person seeking or acquiring real or personal property, services, money, or credit for personal, family, or household purposes.”  The EDA does not define “debt” and does not explicitly adopt any definitions from the RIFDCPA.

Thus, compared to the RIFDCPA, the EDA applies to:

The EDA contains “prohibited practices” that are similar, but not identical, to various requirements and restrictions in the RIFDCPA.  Because of the differences and the fact that some persons would be subject to both acts, the EDA creates an exceptional opportunity for conflict, confusion and resulting litigation.

“DBA International acknowledges the importance of the issue and appreciates the spirit behind the Expired Debt Act (HB 7028),” said Jan Stieger, executive director of DBA International. “However, this bill needs revisions to lessen unnecessary harm to the industry without lessening what will be a powerful consumer protection bill when amended. We have communicated our willingness to work with the sponsor.”