Last week, Great Britain voted to leave the European Union – otherwise known as “Brexit.” For all of the talk surrounding one of the most monumental changes to the global economy since the financial crisis of the late 2000s, little has been said about its impact on the U.S. ARM industry.

The most apparent effect of Brexit thus far has been the drastic decline of the British Pound, which reached its lowest levels in 30 years on Friday. The British Pound plummeted by nearly 10% since June 23, dropping from about 1.48 to 1.32 as of Monday morning. This plunge should continue as hysteria envelops the rest of the EU’s economies. 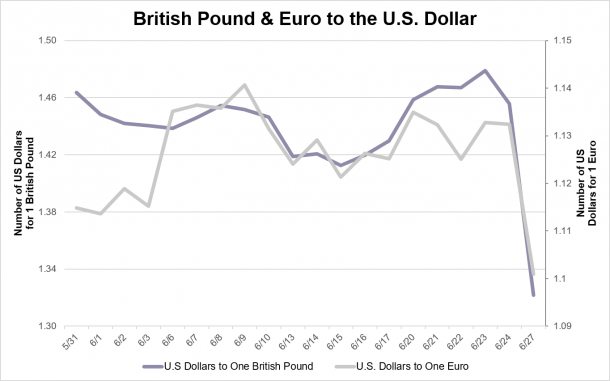 Some economists and financial advisors believe Britain’s economy is strong enough to endure on its own following Brexit. However, the rest of the EU is sure to feel ripple effects: 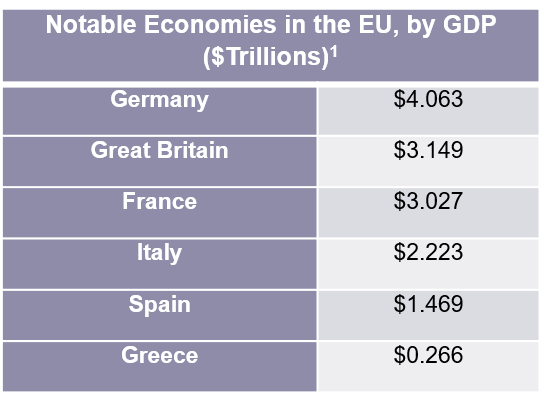 All of that being said, Britain can’t actually leave the EU for another two years per Article 50 of the Treaty on the European Union. For this reason, consumers shouldn’t jump to any conclusions as there will be many negotiations over the next 24 months between Britain – or perhaps just England depending if Scotland and other members leave the United Kingdom – and the EU.

Ultimately, Brexit may have both positive and negative effects on the U.S. ARM industry:

It’s difficult to fully comprehend Brexit’s effect since it won’t happen for at least two years. Nevertheless, ARM industry leaders should monitor the EU and U.S. economies, as this event could become a catalyst for further economic disruption.

For more from Kaulkin Ginsberg, visit their blog
Tags: The Economy