No is the New Yes – The Criminal Background Check Predicament 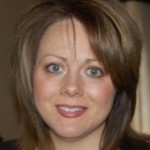 We have all had conversations with current or potential clients about our approach to pre-employment screenings; particularly criminal background checks. Clients will often want to prescribe how a background check should be used to disqualify candidates for employment with rigidity and vigor. Many try contractually to obligate their BPO firms to prohibit candidates who have been convicted of felonies, others will only allow hiring of candidates with prior felony convictions after a certain period of time. The days of disqualifying candidates on a wholesale basis based solely on their criminal background are quickly becoming obsolete. Employers bear increasing levels of responsibility and risk when it comes to how they use the information gathered on a pre-employment background screening.

There are many things to consider when developing criteria for disqualifying a candidate because of a conviction. Compliance with three fundamental standards will reduce your risk of unwanted and unmerited claims of discrimination from applicants. The first is location. The second is timing. The third, and arguably the most important, is the coordination between the disqualification of a candidate and at least one bona fide reason for the decision. The employer should stand ready to prove that the undesirable behavior highlighted by the conviction would interfere with its ability to do business, pose risk to customers, impede production or hinder growth opportunities to name a few.

As with most statutes and case law, decisions made at that federal level influence how the individual states respond with their own legislation. Many states have adopted more rigorous standards than their federal counterparts with regard to pre-employment screenings. For that reason, HR practitioners must perform due diligence at the federal, state and local levels so that policies are fully vetted and mitigate risk.

Ban the Box is an effort by numerous states to prohibit employers from asking potential candidates about criminal convictions on an employment application. The movement is fully endorsed by the EEOC and as its name implies, is designed to reduce the instances of an employer failing to consider a candidate for employment merely because they checked yes to the box that asked if they had a criminal conviction.

Conversely, Ban the Box does not prohibit employers from conducting a pre-employment background screening. Nor does it prohibit employers from disqualifying candidates who have a conviction. It simply forbids employers from asking the question on an employment application. Because of the strength and growing popularity of Ban the Box legislation many employers are opting to remove questions about criminal convictions from their employment application proactively. For those who have not, it is critical that they are diligent to stay up to date on legislative changes impacting their work locations.

How does an employer disqualify a candidate for a criminal conviction without causing discrimination?

Most have heard it said that relevant past behavior is a good predictor of future behavior. In the past, employers have been able to rely on how they predict a person may act based upon previous occurrences. Today, employers are under more scrutiny than ever to take a universal approach to hiring. Considering a candidate’s criminal convictions over their skills and abilities, may subject the employer to further scrutiny and ultimately compounding claims of discrimination. To prevent risk an employer should know the regulations, ask questions about criminal backgrounds later in the process and only disqualify candidates whose conviction strictly correlates to them being unsuccessful in the role.