This article previously appeared on The Consumer Financial Services Blog and is re-published here with permission. 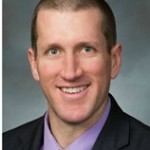 The U.S. Court of Appeals for the Fourth Circuit recently held that the fact that a debt is in default at the time it is purchased by a third party does not necessarily make that third party a “debt collector” subject to the federal Fair Debt Collection Practices Act (FDCPA).

Instead, the Court held that the respective definitions of “creditor” and “debt collector” under the FDCPA, 15 U.S.C. § 1692 et seq., control whether an entity is a debt collector subject to the FDCPA.

A copy of the opinion in Ricky Henson v. Santander Consumer USA, Inc. is available at:  Link to Opinion.

Four Maryland consumers took out separate loans with a lender to purchase their respective automobiles.  The loans were originally made by a lender that was not a defendant in this action.  After the plaintiffs were unable to make payments, the lender foreclosed on the loans, leaving the plaintiffs obligated to pay deficiencies.

The finance company moved to dismiss on the ground that the plaintiffs “did not allege facts showing that…[it] qualified as a ‘debt collector’ subject to the FDCPA.”  As you may recall, the FDCPA generally covers only the conduct of debt collectors, not creditors, “generally distinguishing between the two based on whether the person acts in an agency relationship with the person to whom the borrower is indebted.”

The lower court agreed and dismissed the complaint, holding that the finance company “was collecting debts on its own behalf as a creditor and that the FDCPA generally does not regulate creditors collecting on debt owed to themselves.”

The Fourth Circuit rejected each of the plaintiffs’ arguments, noting that each argument “contains several interpretational and logical flaws such that their interpretation of the FDCPA ultimately stands in tension with its plain language.”

Rejecting the plaintiffs’ first argument that the finance company was a “debt collector” because the loans it purchased had been in default, the Court held that the “default status of a debt has no bearing on whether a person [or entity] qualifies as a debt collector under the threshold definition set forth in 15 U.S.C. § 1692a(6).”

The plaintiffs asserted that because 15 U.S.C. § 1692a(4) “excludes from the definition of creditor ‘any person to the extent that he receives an assignment of a debt in default solely for the purpose of facilitating collection of such debt for another’ such person must of logical necessity be a debt collector.”

The Fourth Circuit held that the plaintiffs’ argument was flawed in that it (1) ignores the requirement that the person must have received the debt “solely for the purposes of facilitating collection;” and (2) because it fails to address whether the finance company actually fits the definition of “debt collector” (and instead appears to attempt to prove a “negative pregnant”).

Accordingly, the Court held that the default status of the debt is not determinative as to whether an entity is a debt collector subject to the FDCPA.

Importantly, the Fourth Circuit held that the determination of whether an entity is a debt collector “is ordinarily based on whether a person collects debt on behalf of others or for its own account.”  And, that the “main exception” to that general rule is “when the ‘principal purpose’ of the person’s [or entity’s] business is to collect debt.”

The Court further noted, “[w]ith limited exceptions a debt collector [subject to the FDCPA] thus collects debt on behalf of a creditor.  A creditor, on the other hand, is a person to whom the debt is owed, and when a creditor collects its debt for its own account, it is not generally acting as a debt collector.”

For one, its “principal purpose” was not to collect debts because it also engaged in a substantial amount of direct lending and investing.  In addition, as alleged in the complaint, the finance company was not collecting on debts “owed to another,” but instead collecting its own “debts for its own account” because its collection activity only occurred after it purchased the defaulted debt from the lender.

Thus, the Fourth Circuit held that the finance company did not fit the first definition of a “debt collector” provided in the FDCPA.

Finally, the Fourth Circuit held that the finance company plainly did not meet the third definition of “debt collector” because it was not using a name other than its own in collecting the debts.

In rejecting the plaintiffs’ argument that the debt was originally due or owed to another, the Court held that there was no support for that argument in the plain language of the FDCPA itself.

Instead, the Court held, to the extent “Congress was regulating debt-collector conduct, defining the terms ‘debt collector’ to include a person who regularly collects debts owed to another, it had to be referring to debts as they existed at the time of the conduct that is subject to regulation.”  Thus, the Court held, as the debts were not “owed to another” but instead owned by the finance company at the time it engaged in the allegedly prohibited practices, those alleged practices were not subject to FDCPA regulation.

Under the plaintiffs’ interpretation, a company such as [the finance company]—which as a consumer finance company, lends money, services loans, collects debt for itself, collects debt for others, and otherwise engages in borrowing and investing its capital—would be subject to the FDCPA for all of its collection activities simply because one of its several activities involves the collection of debts for others.

The Court held that “Congress did not intend this.”  Rather, the Fourth Circuit held that Congress “aimed [the FDCPA] at abusive conduct by persons who were acting as debt collectors” as explained in § 1692(e) of the FDCPA.  Thus, the Court held that the finance company is “therefore subject to the FDCPA only when acting as a ‘debt collector’ in § 1692a(6)” and not when it is engaging in activity to collect on its own debts “as a creditor.”

Accordingly, the Court affirmed dismissal of the complaint.

Next Article: Big Data: A Crucial Investment for the ...