This article previously appeared on The Consumer Financial Services Blog and is republished here with permission. 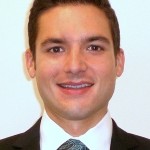 The U.S. Court of Appeals for the Eleventh Circuit recently reversed in part a trial court’s ruling granting summary judgment in favor of a debt buyer, its affiliated debt collector and their parent company, holding that a reasonable jury could find that the defendants willfully violated section 1681s-2(b) of the federal Fair Credit Reporting Act (FCRA) when they reported two charged-off debt accounts as “verified” without obtaining sufficient documentation that the debts in fact belonged to the plaintiff consumer.

In so ruling, the Court held that a jury could find that because the buyer retained the right to seek account-level documentation through its agreements with the sellers, it behaved unreasonably when it reported the accounts as ‘verified’ without first exercising those rights.

A copy of the opinion in Teri Lynn Hinkle v. Midland Credit Management, Inc., et al is available at:  Link to Opinion.

In September 2008, the debt buyer acquired one of the subject debts in the amount of $357.56 from another debt buyer, and sent a collection letter to the debtor offering to settle the debt for $237.49.  The debt buyer received payment of the settlement amount in October 2008, but reported to the consumer reporting agencies (“CRAs”) that the debt “was assigned to internal or external collections.”

In December 2008, the debt buyer “zeroed out the account and marked it paid in full.” It also reported to the CRAs that the account was “paid in full” in January, February and March 2009, then stopped further reporting. “The CRAs marked the account as ‘paid’ but continued to show that it had been in ‘[c]ollection as of Dec 2008, Nov 2008.’”

In December 2011, the debt buyer acquired the second debt attributable to the plaintiff — a cell phone account — in the amount of $300.80. It then sent a collection letter to the plaintiff offering a 10 percent discount to settle the debt. The plaintiff disputed the debt orally during a phone conversation, saying that the account did not belong to her.

In February 2012, the debt buyer sent the plaintiff a letter advising her that the dispute was being investigated, and requesting “any documentation you may have that supports your dispute.”  Nevertheless, it began reporting the account to the CRAs as “assigned to internal or external collections” and then “flagged the debt as ‘[d]isputed.’”

In July 2012, plaintiff obtained her credit report and disputed the second cell phone account with the CRAs, who then notified the debt buyer of the dispute the same month.

The evidence showed that the debt buyer “verified the debt by double-checking the information it had reported to the CRAs against its own internal records [which] consisted of the same electronically-stored information [it] received from the [seller] when it purchased the debt.”  It did not request “account-level documentation” from the seller or original creditor.

The debt buyer sent the plaintiff another letter requesting documentation supporting her position, to which she responded in writing, reiterating that neither of the accounts belonged to her and that she could not furnish any documentation for accounts that were not hers. The debt buyer continued to report the cell phone debt as “assigned to internal or external collections” through March 2013.

On appeal, the Eleventh Circuit began by explaining its understanding of how the debt-buying industry works, citing to the Federal Trade Commission’s 2013 report, “The Structure and Practices of the Debt Buying Industry.”  According to the Eleventh Circuit, this case involved two “junk debt” accounts, which are “[d]ebts that have been repeatedly bought and sold … They are often sold ‘as-is,’ in the form of electronic data, and without ‘account-level documentation’ such as applications, agreements, billing statements, promissory notes, notices, correspondence, payment checks, payment histories, or other evidence of indebtedness.”

The plaintiff also argued that section 1681s-2(b) “requires down-the-line buyers to investigate mistaken-identity disputes by verifying the identity of the alleged debtor against account-level documentation (not just against electronic-data files),” and that because the debt buyer failed to get such documentation, a reasonable jury could find that the investigation was inadequate.

The Court stressed that “what constitutes a ‘reasonable investigation’ will vary depending on the circumstances of the case and whether the investigation is being conducted by a CRA under § 1681i(a), or a furnisher of information under § 1681s-2(b).”

Here, the Eleventh Circuit agreed with the plaintiff that the debt buyer’s electronic records “were insufficient to verify the accounts and that, absent additional proof, [the debt buyer] should have reported the accounts as “cannot be verified.”

The Court then held that, on the facts before it, the defendants were not entitled to summary judgment under § 1681s-2(b).

Finally, the Eleventh Circuit held, the third option for a furnisher “to satisfy § 1681s-2(b) is to conduct an investigation and conclude that the disputed information is ‘inaccurate or incomplete.’” “When a furnisher determines that disputed information is false or ‘cannot be verified,’ the furnisher must notify the CRAs of this result pursuant to § 1681s-2(b)(1). The furnisher must also ‘as appropriate, based on the results of the reinvestigation promptly … modify[,] … delete [or] permanently block the reporting’ of that information to CRAs.”

The Court concluded that while what the “results of the reinvestigation” will require depends on the “nature of the disputed information,” when a furnisher is unable to verify the identity of an alleged debtor, “the appropriate response will be to delete the account or cease reporting it entirely.  Similarly, when a CRA receives notice that an account is unverifiable, it must ‘promptly delete that item of information from the file of the consumer.’”

On these facts, the Court found that “[a] reasonable jury could find that the documentation … reviewed was insufficient to prove that the [two accounts] belonged to [plaintiff] and that [the buyer] therefore had a duty to report the account as ‘cannot be verified.’ … A jury could also find that because [the buyer] retained the right to seek account-level documentation through its agreements with [the sellers] [it] behaved unreasonably when it reported the accounts as ‘verified’ without first exercising those rights.”

The district court’s summary judgment was reversed as to the § 1681s-2(b) claim, affirmed as to the other claims, and the case was remanded.

Next Article: FBCS Completes Renewal of SSAE-16, PCI-DSS, and ...