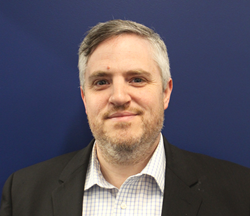 He began his career at Coast as the Director of Operations and steadily acquired more responsibility until earning a promotion to Vice President. He subsequently earned a promotion to Chief Operating Officer (COO) in 2018, as well as a role on the Company’s Operating Board, which he will continue to maintain as CEO. Mr. Prince has been instrumental in the growth of the company from the inception of its first federal government contract. At the time of Mr. Prince’s promotion to COO in 2018, Coast employed approximately 300 individuals. Coast currently employs over 800 staff members and expects to exceed 1,000 by the end of 2021.

During his tenure, Coast has achieved significant company milestones including the award of multiple federal government contracts, office expansions, career growth, and national award recognitions while continuing to increase revenue and brand recognition. Mr. Prince has been directly responsible for the company’s continued success working with major federal government clients and the strategic efforts to expand service offerings to new business verticals. He was most recently a driving force behind the company’s entry into Contact Tracing and call center work.

In his new role, Mr. Prince will be responsible for the company’s overall success and strategic vision, as well as the development and execution of the company’s short and long-term growth plans. This includes oversight of all departments, Operating Board membership, and the development of company-wide growth initiatives. He will continue his responsibilities as a key personnel member for major clients and as an authorized company representative.

Mr. Prince stated, “I'm humbled to receive this promotion and honored to continue representing our exceptional family of employees. We have an incredible team that is ready to develop new opportunities and create value for our clients, consumers, and our communities. Our success will be the continuation of our shared vision and our never-ending commitment to doing the right thing.”

Mr. Prince is an active member of the Western N.Y. community and participates as a board member for the Livingston County Area Chamber of Commerce and Tourism. His dedication to the community is evident in both his personal and professional life, which is emphasized in Coast’s charitable efforts. Mr. Prince has a passion for renewing education opportunities for children and was the leader behind the company’s Coast Cares Education Open golf tournament which raised over $40,000 for local school districts in 2019. He and his wife, Jennifer, and their two children live in Groveland, N.Y.

Brian Davis, Co-Chairman of the Shareholder’s Board commented, “Jon is an exceptional leader. He continues to be instrumental in our success and brings with him a wealth of experience in his new role as CEO. He possesses exceptional character, careful judgment, and the unshakable integrity necessary to lead our company into the future. Jon genuinely embodies our core values and has an unwavering commitment to our success. Congratulations Jon on this incredible career achievement.”

Everett Stagg, President and Co-Chairman of the Shareholder’s Board added, “Jon is the catalyst for the company’s next chapter. His achievements have continually demonstrated his ability and strength as a leader, resulting in significant company milestones. The Shareholder’s Board is honored to promote Jon into his new role and support his endeavor to further our company’s reach. This is well-earned recognition for his continued success, and I want to personally congratulate Jon.”

Coast Professional, Inc. is an accounts receivable management and call center company, dedicated to respectful and ethical communication with consumers. Coast provides professional services to hundreds of campus-based colleges, universities, and government clients. Coast is a seven-time honoree on the Inc. 5000 list for America’s Fastest-Growing Private Companies provided by Inc. Magazine and in 2020, was recognized for the fifth time as one of the “Best Places to Work In Collections” by insideARM.com and Best Companies Group. Since 1976, Coast has worked closely with clients to increase recoveries by assisting consumers in resolving their financial obligations. Coast’s success is exemplified by exceptional recoveries, superior service, and dedication to the highest levels of compliance. More information about Coast can be found at www.coastprofessional.com.

Next Article: Are Early Out Services Banned in Texas? ...