GENESEO, N.Y.  – Coast Professional, Inc. (Coast) is excited to announce the promotion of Christopher Woodworth to Senior Vice President of Operations. Mr. Woodworth has more than 20 years of experience managing high-performing teams and has demonstrated proficiency in policy generation and trend forecasting. He began his career at Coast as a Branch Manager in 2008. In 2020, Mr. Woodworth became Coast’s Government Relations Facilitator and has been instrumental in the company’s establishment of large-scale government contracts. 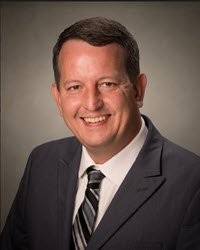 In his new role as Senior Vice President of Operations, Mr. Woodworth will be responsible for managing corporate projects, developing and adhering to budgets, and the execution of the company’s short-and long-term growth plans. This includes the oversight of collection contracts, including those associated with federal, state, court, and higher education clients.

According to Coast Chief Executive Officer, Jonathan Prince, Woodworth’s experience is key to the company’s ongoing success and growth.

“Christopher is an exceptional, intuitive leader who has been instrumental in Coast’s growth and overall success,” said Prince. “His ambition, integrity, and unwavering commitment to succeed has resulted in this well-deserved promotion. Congratulations, Christopher, on this incredible achievement.”

Mr. Woodworth is an active member in his community, church, and volunteers for his local Cub Scout pack. He is currently pursuing his master’s degree in business administration from St. Bonaventure University. Mr. Woodworth and his wife, Olivia, live in Mt. Morris, NY with their four children.

Coast Professional, Inc. is a full-service accounts receivable management and contact center company dedicated to respectful and ethical communication with consumers. Coast provides essential call center services to hundreds of clients including federal, state, and county governments; higher education institutions; municipalities; and courts. Coast is an eight-time honoree on the Inc. 5000 list for America’s Fastest-Growing Private Companies provided by Inc. Magazine and in 2021, was recognized for the sixth time as one of the “Best Places to Work In Collections” by insideARM.com and Best Companies Group. Since 1976, Coast has worked closely with clients to increase recoveries by assisting consumers in resolving their financial obligations. Coast’s success is exemplified by exceptional recoveries, superior service, and dedication to the highest levels of compliance. More information about Coast can be found at www.coastprofessional.com.