Will You Know A “Dispute” When You See It? 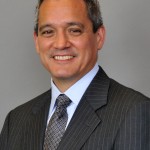 How can a collector accurately identify, track, and respond to consumer disputes when the FDCPA does not define what a “dispute” is?  When Supreme Court Justice Potter Stewart famously stated, “I know it when I see it,” in Jacobellis v. Ohio, 378 U.S. 184 (1964), he was not talking about consumer disputes.  But his catch phrase succinctly described how it can be a struggle to define common words in different contexts.  How exactly do you define a consumer “dispute”?  Are you sure you will know a dispute when you see it?

Collectors have to recognize when a consumer is disputing a debt so they can react appropriately.  But so far, nobody has managed to define what a “dispute” is under the FDCPA.  Consider for example whether any of the following statements qualify as a “dispute” by the consumer:

A consumer advocate might argue that some or all of the statements listed above qualify as a “dispute” by a consumer, but a collector could reasonably conclude that none are.  Some of the statements express uncertainty about whether the debt is due, or about the amount owed.  Others raise questions whether someone else agreed to pay the debt.  Some ask the collector for more information; others ask the collector to stop further contact.  But none of these statements provide the collector with specific information indicating why the consumer believes he may not be responsible for payment.

The context of these statements is also important.  Were these comments made during the course of a collection phone call, or in a letter sent to the collector?  What else was said during the call or in the letter?  How did the phone call end?  What else, if anything was included with the letter?

It is strange that Congress never bothered to define the term “dispute” in the FDCPA, given the important role that disputes play in the statute’s framework.  Collectors must notify consumers in writing of their right to “dispute” a debt, or any portion thereof, with their initial communication.  See 15 U.S.C. § 1692g(a).  Collection activity during the 30-day period after the notice is sent may not overshadow or be inconsistent with the disclosure of the consumer’s right to dispute the debt.  Id. § 1692g(b).

Collectors must treat disputed debts differently.  If a consumer verbally disputes a debt within thirty days of receiving the validation notice, the collector is not entitled to assume the debt is valid.  Id. § 1692g(a)(3).  If the dispute was in writing and within thirty days of receipt of the validation notice, the collector must cease all further collection activity until it mails validation of the debt to the consumer.  Id. § 1692g(b).

Even if the dispute is received outside of the thirty-day validation period, a collector violates the Act if it communicates or threatens to communicate “credit information which is known or which should be known to be false, including the failure to communicate that a disputed debt is disputed.” Id. § 1692e(8).  Where a consumer owes more than one debt and makes a single payment, the collector cannot apply the payment to any disputed debt.  Id. § 1692h.

In short, the word “dispute” appears in numerous places throughout the FDCPA, and the existence of a “dispute” imposes important obligations on collectors, but Congress never tells us what exactly qualifies as a “dispute” in these contexts.

Congress was more clear about disputes when it wrote the Fair Credit Reporting Act, 15 U.S.C. § 1681, et seq. (the “FCRA”).  Under the FCRA, a furnisher of credit information must conduct a reasonable investigation of a direct dispute received from a consumer if it relates to 1) the consumer’s liability for the debt (e.g., identity theft, fraud); 2) the terms of the account (e.g., the balance, payment amount); 3) the consumer’s performance or other conduct concerning an account (e.g., current payment status, date, or amount of a payment), or 4) other information in a consumer report that bears on the consumer’s creditworthiness.  See 16 C.F.R. § 660.4(a).  A furnisher may deem a dispute to be “frivolous or irrelevant,” however, if the consumer fails to provide the furnisher with sufficient information to investigate.  See 15 U.S.C. § 1681s–2 (a)(8)(F)(i)(I); 16 C.F.R. § 660.4(f).  Given that the FCRA and the FDCPA are both part of the Consumer Credit Protection Act, it is reasonable to believe Congress would want a “dispute” to be defined the same way, and handled by collectors in the same way, under the FCRA and the FDCPA.

Consumer disputes are also a main focus of the CFPB, so maybe the Bureau will ultimately define what a “dispute” is.  The Bureau gathers information about consumer complaints, including complaints about collectors’ alleged failure to properly handle consumer disputes, and publishes reports about them to Congress.  See Fair Debt Collection Practices Act, CFPB Annual Report 2015.

The CFPB has also imposed new requirements for handling disputed debts in recent enforcement proceedings.   The September 2015 consent orders with Encore Capital Group, Inc. and Portfolio Recovery Associates, LLC provide that if a debt is “disputed” by a consumer, Encore and PRA must take additional steps to substantiate the debt before proceeding with collection.  See Encore Order, ¶ 129, PRA Order, ¶ 116.  The CFPB also required Encore to notify the collection agencies and law firms it retains whenever a debt has been previously disputed by the consumer.  See Encore Order, ¶ 134.

If the CFPB ultimately promulgates debt collection rules, it may finally provide a definition of a “dispute” under the FDCPA.  In numerous questions posed by the CFPB in its Advanced Notice Of Proposed Rulemaking relating to potential rules under the FDCPA, the Bureau strongly suggests it is considering rules that would define a “dispute” and further regulate the handling of disputes by collectors.  See ANPR, Questions Nos. 2, 5, 20, 31-53.

At this point, it is unclear when the CFPB will publish rules, or whether those rules will include a clear definition of what a “dispute” is.  Until then, collectors will have to refine their own definition of disputes so they can implement procedures for tracking and responding to them.

When Each Call (and E-mail) Count: Meeting the CFPB 7x7 with Intelligent Contact Data