A Conversation with the CFPB 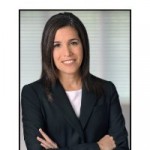 Earlier this month, DBA International held its 17th Annual Conference in Las Vegas. Registrants were provided with a wealth of content including numerous courses that qualified for the DBA Certification Program. Several courses also fell into an “attorney track,” which focused on areas of defense litigation for debt buyers.

One of the highlights of the conference was a conversation with the Consumer Financial Protection Bureau. Incoming DBA President Bryan Faliero moderated an informal panel discussion with three key division leaders: Tom Pahl, managing counsel for Regulations; Scott Pluta, assistant director for the Office of Consumer Response; and Larry DeMille-Wagman, acting director of Collection Supervision.

Wagman, in discussing what drives the Bureau’s examinations, stated the Bureau looks at risk posed to consumers, which is often a function of a debt collector’s size. Therefore, the larger the player, the more likely it will be subject to a CFPB exam. Complaints are another factor identified by Wagman as a basis for both examinations and enforcement actions. He added that the Bureau looks to its data (such as its complaint portal) for patterns of abusive or wrongful conduct.

Information obtained from state agents is another source of information Wagman identified. Finally, and probably most interesting, Wagman noted that what is reported in the “popular press” also plays into the CFPB’s targeting decisions. Wagman’s comments suggest that media like the New York Times or the Huffington Post may play a critical role in the CFPB’s workings.

Scott Pluta provided an update on the CFPB’s complaint portal, noting that to date 33,000 complaints have been received which deal exclusively with debt collection. Since the portal went live in July 2013, this translates to a little more than 5,000 complaints per month. One third of those complaints go directly to the entity that is the subject of the complaint, while one third go to the FTC because the target cannot be identified. The rest get circulated within CFPB for a more “high touch” review. Pluta stated that one goal of the complaint portal is to push market share to the right actors.

Pluta also noted that while the complaint process aides the CFPB in identifying trends and themes, the complaints had been consistent with those received by the FTC for the past several years.

Finally, Tom Pahl discussed the recent Advance Notice of Proposed Rulemaking under the federal Fair Debt Collection Practices Act. Pahl suggested it may take some time before proposed rules are announced, perhaps not until 2015. The vast amount of responses already received in response to the ANPR must be reviewed by the bureau and it will perform a Small Business Regulatory Enforcement Fairness Act prior to publishing proposed FDCPA rules.

My take-away from the discussion is that a top-to-bottom evaluation of the debt collection industry is well on its way and no one is immune. The working of bureau’s examination process and complaint portal still lack transparency. The ANPR is an important step in establishing clear and concise rules to ensure that the playing field is level for all participants (consumers, debt collectors and debt buyers). Compliance management systems will need to be constantly evaluated and re-evaluated until the rules of the game are well established.

Next Article: Key Themes for the U.S. Debt Collection ...