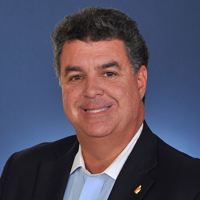 President and CEO at Kaulkin Ginsberg

As the CEO of Kaulkin Ginsberg, Mike spearheads all of the firm’s advisory business practices. He leads a premier advisory team that helps industry owners and executives succeed in their growth, exit, and M&A strategies. Clients served include many middle market businesses as well as Fortune 500 companies such as GE Capital and Deluxe Corporation. Mike has been a keynote speaker at industry meetings and conventions, speaking on issues such as “How M&A is Reshaping Accounts Receivable Management” and “The Future of the ARM Industry.” He is a member of the Association for Corporate Growth (ACG) and ACA International. Mike is frequently interviewed as an industry expert by the trade, financial, and consumer media, including M&A The Dealmaker’s Journal, NBC Nightly News with Brian Williams, The Washington Post, BusinessWeek, and The Wall Street Journal. Mike was the recipient of the National Association of Retail Collection Attorneys’ 2009 Don Kramer Award, which recognizes leaders who have made a positive impact on the ARM industry. He was a finalist for M&A Advisor’s “Dealmaker of the Year” in 2007, and was named a finalist for “Investment Banker Dealmaker of the Year” by the ACG National Capital chapter in 2006. Mike writes a recurring blog about the industry and maintains a social media page on insideARM.com. He is an avid New York Yankees and New York Jets fan.

Why is Now a Great Time to Enter or Expand in Debt-Buying?

Diversify, or Suffer the Consequences

The Passing of an Industry Icon

Is The Tide Turning for ARM Companies Focused on Financial Services?

Is the Wait for the ED Contract Almost Over?

Can Your Firm Pass This Test?

Should I Just Shut It Down?

Stay Ahead Of The Curve

Where does the ARM industry fit on the Endgame Curve?